How are your apples stored? 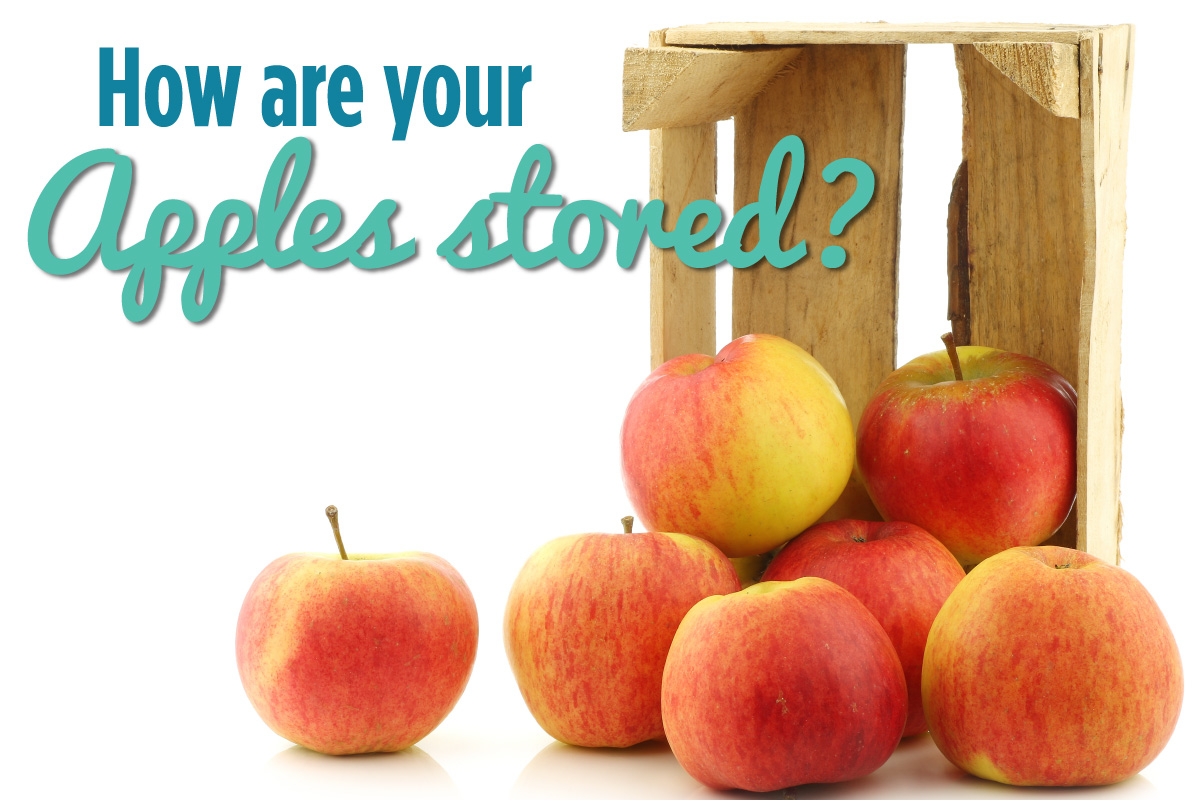 We are extremely lucky to be able to have delicious apples year round. However, apples are a fruit that only have a short picking season. Broadly speaking they are picked between February to April each year. So how are we able to buy apples in December if they’ve been picked at least at eight months prior? And how our apples being stored for so long without going off?

There are a few different techniques which can be used to store apples, the most common of which we will discuss here.

In this basic cold room, temperatures stay at around two to three degrees.

In this type of storage, the cold room is kept at around 1.5 degrees. It is then completely sealed and both the oxygen and carbon dioxide levels are reduced. The aim of controlled atmosphere is to keep the storage environment as close to lifeless as possible.

Similar to controlled atmosphere, dynamic controlled atmosphere goes one step further and reduces both oxygen and carbon dioxide levels to below one per cent. The aim of this process is to nearly suffocate the apples. The suffocating process extends the shelf life of apples.

This process uses a chemical that deters ripening until it is in stores. When apples are put into the cold room, they start producing their own natural ripening agent called ethylene. However using the SmartFresh process, the SmartFresh canister emits a synthetic ethylene blocking agent. This ethylene blocking agent drastically slows the ripening process. When the apples make it to our stores, the blocking agent biodegrades into hydrogen and carbon and thus, leaving no harmful residue. This also prompts the apples to continue the ripening process. Most store bought apples in Australia have been exposed to this chemical, however, organic growers do not use it.

However, the future of our apples is not looking so bleak anymore thanks to a factory in Adelaide, which is now manufacturing a product that may change the way we store apples. The product named the Meditube was used to keep the air clean in hospitals. However, it has also been seen to aid the removal of VOC’s  (volatile organic compounds) which end up spoiling the fruit in cold rooms.

Even with this product, apples are still prone to superficial scald. This is a minor, skin deep imperfection caused by the cold temperatures in the cold room. However, fruit with this minor imperfection just doesn’t sell. So a chemical called Diphenylamine is used to keep the apples shiny and red. This chemical is being phased out in the UK but here in Australia amounts of up to 10 milligrams per kilogram are still acceptable.

As you can see, it’s difficult to know what chemicals and pesticides are on your apples with such a multitude of different techniques being used. That’s why it’s even more important to choose organic.

For more information on these processes click here to see the documentary aired by the ABC called “She’ll be Apples”. The piece delves into the fascinating processes of keeping apples in our stores year round and speaks directly to the people behind the processes.