What is Nose to Tail? 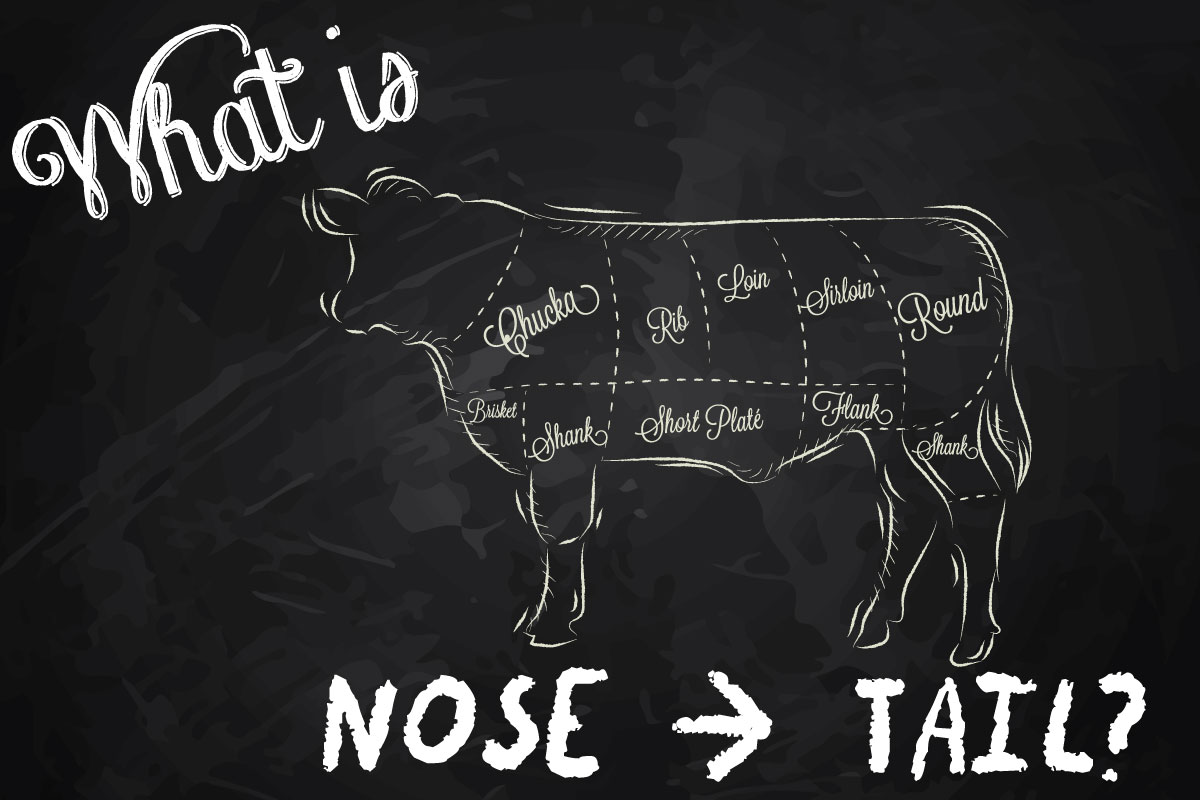 Recently there’s been a movement towards nose to tail eating. That is, consuming many different parts of an animal, so it doesn’t go to waste.

The phrase ‘If you’re going to kill the animal, it seems only polite to use the whole thing’ was coined by London restaurateur Fergus Henderson in his 2004 book ‘The Whole Beast: Nose to Tail Eating’ The award-winning book sparked an interest in the Slow Food movement and getting more ‘connected’ with our food.

Chefs started getting more creative with ingredients and opened people’s eyes to a more adventurous style of cooking. But if a pig’s head or trotters turned up on the table at a restaurant or a friend’s house, how would you feel about it? Along with any new food trend, there has to be a mental shift in those participating in the eating of said head or trotters.

For many people it’s simply too hard to stomach, and why there is a distinct appeal in the choicest cuts of fillets, loins or legs that are wrapped in plastic and disconnected from the animal from whence they came. And let’s face it, it’s more convenient to grab a perfectly portioned piece of packaged meat in the supermarket, especially if you’ve little time and hungry mouths to feed. Then there’s the offal that is an acquired taste, unless you grew up having it as a kid and aren’t squeamish about innards.

But it’s this preoccupation with perfection when it comes to our food that is contributing to a whole lot of wastage worldwide in the food industry. Supermarkets simply reject anything that doesn’t measure up to a certain grade or fit the needs of what shoppers want, so what happens to imperfectly formed produce and leftover cuts of meat? They end up in the rubbish.

That’s a whole lot of wastage and a narrowed enjoyment of food, say chefs like Dan Barber who runs a New York pop-up restaurant called WastED. He prevents waste in the field by serving delicious meals made from ingredients such as pasta trimmings, off-grade sweet potatoes, bruised beets and second class grains and seeds.

Here in Australia, the nose to tail movement is picking up momentum with farms such as River Cottage Australia in NSW embracing the philosophy of ‘nothing is wasted, and everything is celebrated’. It runs a nose to tail cooking course that teaches home cooks how to ‘love offal’ with a day of learning how to cook lesser-used cuts of meat.
So next time you’re planning your shopping list, consider how you could use the cheaper, less popular cuts of meat from organic, sustainable producers.  It may not be as quick to cook, but at least, you’ll know the animal was raised humanely, and its life didn’t go to waste.