Why buying ugly food is awesome! 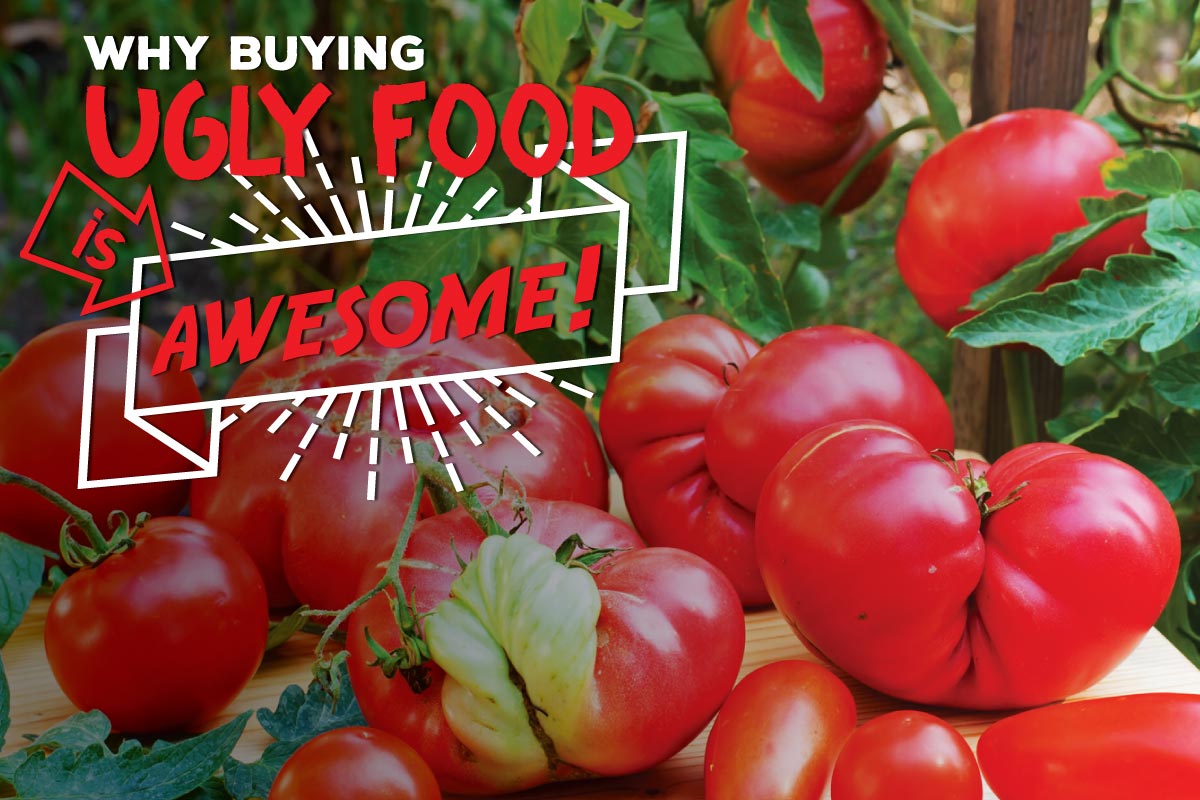 A third of all the food in the world is never consumed. An alarming statistic for a variety of reasons. However, we can help make a difference. The rise of the term “ugly food” has become renowned for misshaped fruit and vegetables that consumers were previously not interested in. There are now even “ugly food” campaigns being run by major grocery stores, influential personalities and conscious consumers to highlight the issue.

Western society’s desire for the ‘beautiful’ and the ‘perfect’ has very much extended into they way we buy our food, at a huge cost to the environment, the economy and our tastebuds.  We take a look at some reasons why we should be getting behind the ugly food movement.

If you take a step back from the finished product, you’ll understand that all food produced uses land, water, energy, transport and fuel to make it’s way through the growing process. If food is then not utilised by the consumer it has wasted all those resources with no positive result, and in fact, many negative results.

Not only do we waste resources by producing food that isn’t used, but we also create more carbon emissions. Carbon emissions are a major contributing factor to greenhouse gases and by producing food that ends up being thrown away or never used, we are emitting these gases for no reason. Moreover, rotting food creates methane. Methane is less concentrated than carbon, but it also contains 21 times more amount of warming. Adding again, to the amount of global warming. To put this into perspective, the Waste & Resources Action Programme estimates that from every ton of food wasted, 3.8 tons of greenhouse gas emissions are created.

Produce is grown through the aid of water. However, by throwing away a third of all our food, we are also throwing 170 trillion litres of water down the drain every year (according to NPR).

How many more people could be fed?

Food wastage not only affects our environment but it’s astonishing to think that this food could be utilised by those who don’t have access or can’t afford food. An estimate by Kevin Hall, a researcher at the National Institute of Health found that even a quarter of the food that we waste would be enough to provide three meals a day for 43 million people.

But there is also the money issue…

According to Foodwise, food wastage in Australia amounts to around $2.67 billion dollars worth of fresh food every year. With 20-40% of the fresh produce not even reaching the shops because they are not visually appealing.

So don’t judge a carrot by its quirks

Ugly food campaigns taken up by most grocery stores now allow the store to discount produce that is not visually appealing to most consumers. Next time you pick up an ugly carrot with a unique shape,  remember, it’ll taste the same (if not better), and will also be better for sustainability and the environment!