What’s the deal with nut milk? 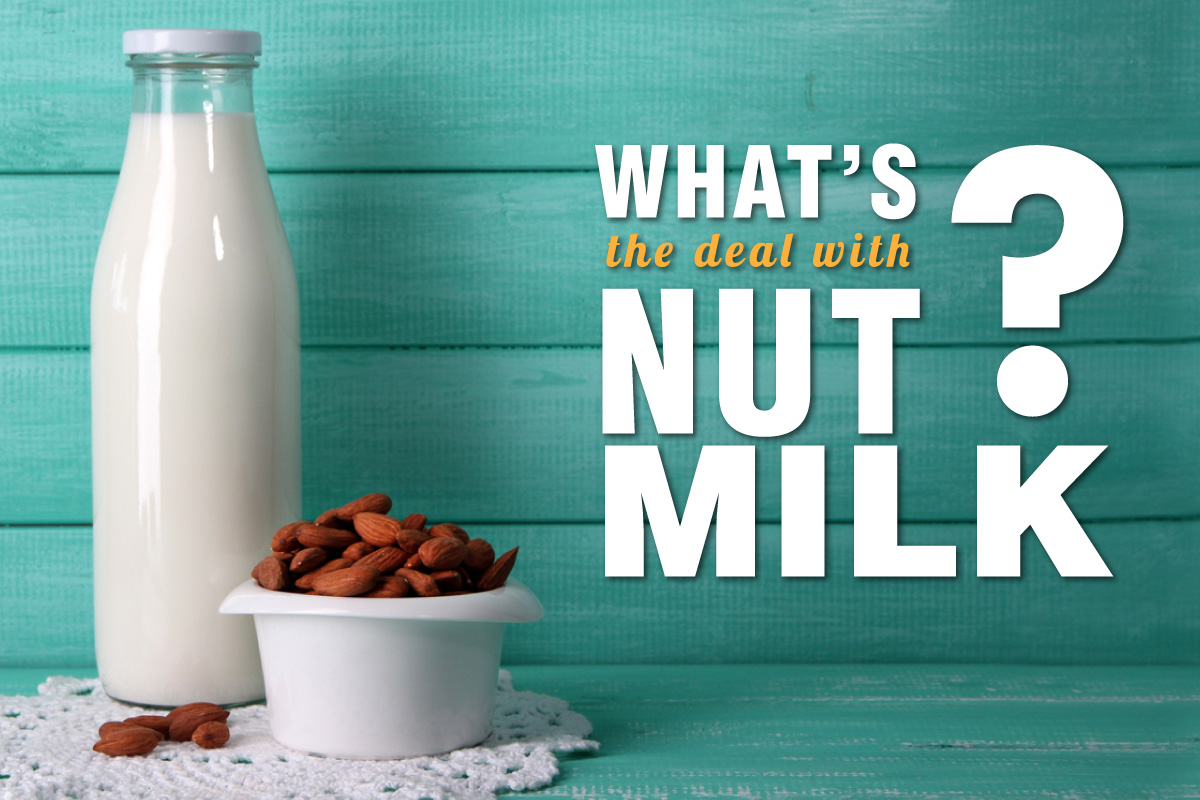 There is a growing variety of non-dairy milk drinks on the shelves today. Offering such choices as almond, cashew, macadamia, and of course, soy. Which is great for anyone suffering from lactose intolerance.

But if health is the main reason you’re making the switch, is it actually better for you than cow’s milk?

In the US non-dairy milk drinks are extremely popular, and the trend is overflowing here to Australia. Our supermarket shelves, once only stocking long life milk and a small selection of soy milk, are now offering a growing variety of nut milk such as almond, cashew and macadamia. For anyone who has issues with lactose, or is choosing to go vegan or paleo, then the increased choice is welcome. But if health is the reason you’re thinking about turning to nut milk, is it actually any better for you than cow’s milk?

It’s generally accepted by the food experts that nut milks don’t offer the same nutrient content as cow’s milk. Grass-fed cow’s milk has higher levels of protein and contains vitamins such as A, B12, B2, D and minerals such as calcium and selenium.

Although nut milk can provide some nutrition, they are mostly made up of 90 percent water, with some vitamins and nutrients added to boost the health factor. Nut milk is usually not calcium-fortified either so nutritionists believe labelling non-dairy products ‘milk’ is misleading as they are not really milk as such.

All Almond Milks are Not Created Equal

When you are wanting to pick up a carton of almond milk for your breakfast cereal, take a moment to pay attention to the ingredient list. ‘Original’ and ‘vanilla’ varieties can contain high amounts of cane sugar, rice syrup or agave syrup. Then there’s the additives, thickeners and gums that may be added to create texture. A popular one is carrageenan which is derived from seaweed and generally considered safe. However, it can cause gastrointestinal issues in some people. If you do choose to drink almond milk then, it should contain mostly water and almonds and should be of the unsweetened variety. At Organic & Quality Foods, we stock…

What If I’m Lactose Intolerant, Vegan or going Paleo?

For anyone who’s lactose intolerant, then yes, traditional cow’s milk is going to cause you intestinal problems. There are many more lactose-free options around these days which you may be able to drink. But if that doesn’t work, good quality organic nut milks can provide a great option for many dairy substitutions in your cooking. When looking for a nut milk, you will be wanting to use a brand that has all the right ingredients – essentially you will be looking to avoid synthetic vitamins. Over time, these synthetic vitamins can prove to be toxic for your body.

Vegan and paleo diets are typically based around plant-derived foods, so nut milks – almond especially – can be an answer. Almond milk is a great alternative for men wanting to avoid soy milks due to their weak estrogen-like activity. However, if you have the option you should try and incorporate soy milk into your diet due to it’s higher source of protein compared to other nut milks. This is because, according to nutritionists, soy is a more nutritionally complete option than almond milk and has a higher protein content. A 30 gram serving of whole almonds contains six grams of protein, while a 30 gram serving of almond milk only has one gram of protein. To get the same nutritional value as whole almonds you’d need to consume around one litre of almond milk.

Overall the general conclusion is that you’re no better off health wise by drinking nut milks but if you have lactose issues or a restrictive diet, then go for soy, it’s a more nutritional alternative.